I am not Colombian, have only visited the country for a short time and that ebing was some time ago. I don't see myself as qualified to tell people who they should vote for, least of all the people of Colombia in their own elections. However my wife is Colombian and I have followed developments from the country for a good few Years as well as taking more than a passing glance at the country's History. I feel that I have a link to this wonderful place that is called "República de Colombia", underlining "Liberty and Order" with an anthem ¡Oh, Gloria Inmarcesible! (O unshrivelable glory!) detailing battles undertaken for independence. 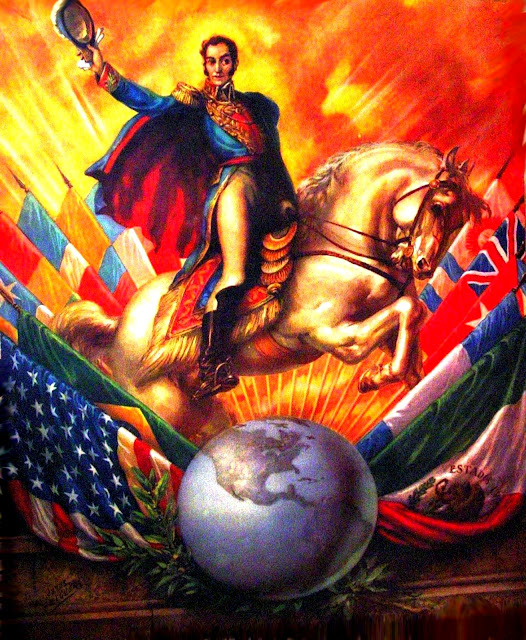 Colombia is a place of many wonders, that should be it's greatest emotional export. But Colombia is being held back. With it, it's people are held back by the injustice of being enslaved to a fight between an old political ideology and the power of freedom. The fight for freedom is a just and inspirational force, that means it will always succeed. It is the force that propelled Colombia towards it's freedom not so long ago in 1810. Not long before an ideology came into the minds of man that lead to govern once great nations across the world. An ideology that was to prove itself a failure in everyone of those great countries. It is an ideology that feeds the minds of people of whom it is consumed by, and motivated by, hate (mostly against their own countrymen). An ideology that has caused so much suffering to the people of the world, and an ideology that inevitably been smashed by the people in those countries that imposed it. And yet there are people that are trying to adopt it still in Latin America. Marxism.


Colombia is a beacon of freedom in South America and freedom that has been a hard won fight against it's colonial rulers and more recently against it's enemy within, the FARC! Unfortunately many of Colombia's neighbours have yielded to the afore mentioned ideology and are acting against the freedom and the rights of people of Colombia to life (and their own countrymen at that). Hugo Chavez is intimidated by a country where it's people are free and prospering more so than his own. In parallel he and others in South America are trying to influence this fight between the free of Colombia and those that wish to enslave Colombia.


I agree with Antanas Mockus in what he says for Colombia and the EDUCATION that the people need in order to achieve their potential and with it the potential of Colombia. The world is becoming smaller, we are now within twelve hours of any other world city. If Colombia does not have the minds to compete the country may just as well have stayed under the rule of Spain. 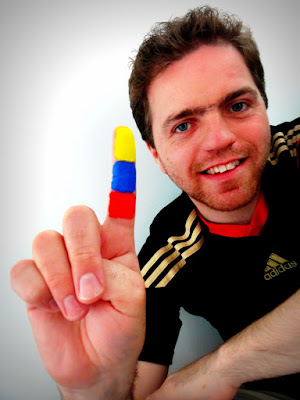 However, Mokus pleads, saying that people need to respect the value of life even that of those that wish to unleash suffering upon innocent Colombians, men, woman and children. FARC is an enemy within, an insurgence against it's own people, government and institutions. An enemy of the people including those that they are supposedly fighting for, the poor! FARC are the reason why children are not educated and communities are cut off from the world. FARC are the reason the country cannot attract free-trade and prosperity to pay for the improvement of it's people. They are the reason entrepreneurs cannot create wealth and the people are enslaved to poverty. FARC feed themselves off of Cocaine and that sums them up completely. They are a Cancer within a great country that has so much to live for, and could so nearly loose the fight to live it.


The credit to Colombia's success can be rooted firmly in the hands of Álvaro Uribe. This person turned the war on FARC and gave Colombians the room/freedom to manoeuvre. Manoeuvre into an air of prosperity and with it a taste of the success it deserves. GDP under his terms of office have outpaced that of more secure countries in Latin America. In fact Colombia was second only to Brazil! It was an increase that many of the developed countries would be jealous of. So the answer is staring everyone in the face. SECURITY!, and a need to beat FARC into insignificance.


It is not so much education but security that Colombia needs. What good is solely "educating" the people, when their minds are not "free" and unable to be utilized, because the security is not there? What good is educated minds if the people have no jobs to use them in? The mere fact that Hugo Chavez finds the prospect of Santos untenable, means Santos is another step in the right direction. That being after Colombia having already taken the step for Uribe. Mokus is one of the two best leaders who can win Colombia's second war of independence against those that wish to rule over Colombia! However, Mokus (with his message of education) is before his time. Right now there is another objective to win, FREEDOM!