Hugo Chavez - The Death of a Dictator

Location: Grafton Way, Kings Cross, London W1T 5DL, UK
Compelled to rejoice the end of such a disastrous dictatorship by Hugo Chavez for the good people of Venezuela, I decided to make the alternative opinion known to those shameful idolaters of his tyrannical rule. Being in London at the moment and hearing of the weak minded people somehow sad of his demise, I went out of my way on this particular day and headed for the Venezuelan Embassy's Grafton Way office. I often pass this building as it is my neighbourhood. It was rainy and cold but it was the moment at which I could truly pay my respects. 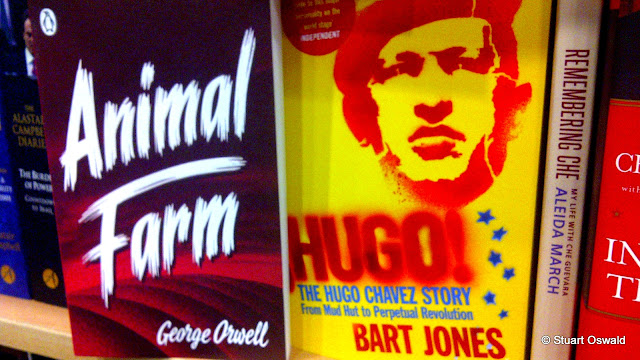 Carrying with me, I had a hurriedly prepared letter of protest. In this letter, I rejected in whole Hugo Chavez's Marxist ideology. Denouncing his tyrannical enslavement of all the people of Venezuela and the implicit idolaters of him. The embassy used public funds to air the politically motivated propaganda funeral openly to all such weak minded people. I stuck my letter of protest at three different points. One on a public lamp post nearby. Another on the office's window facing outwards and the most prevalent right on the forehead of Chavez depicted in a street sign of the office. The sign was surrounded by a few pathetic flowers.

I did this coolly and calmly. At a few points, supporters of this person glanced at me to see what I was doing and other attendees just passed me by. They must have thought, I was posting a Love filled deceleration for their dear leader. None of them read the letter at that moment. They were too busy with their sorrow. 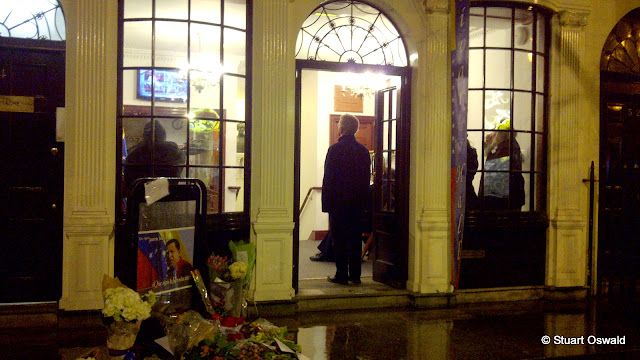 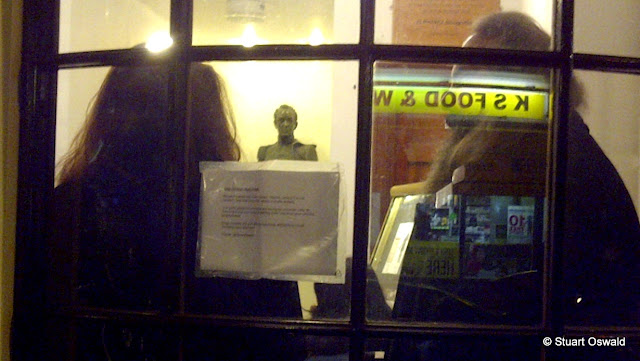 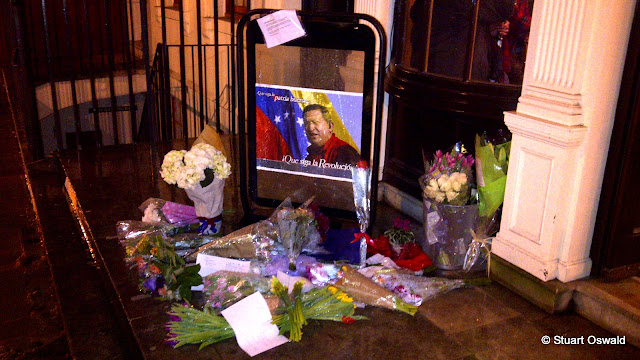 With the stolen power accumulated by Chavez and his fascist regime, control will surely be inherited by the equally weak Maduro. The state with all its modus operandi will ensure a suitable continuation. The people will continue to be manipulated and further enslaved. This is not what Simón Bolívar freed Venezuela for. He would be up in arms again today had he been confronted by these beasts. 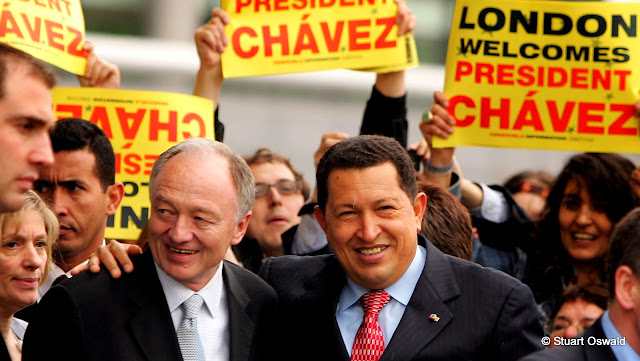