Don't be a Sinner, be a Winner! 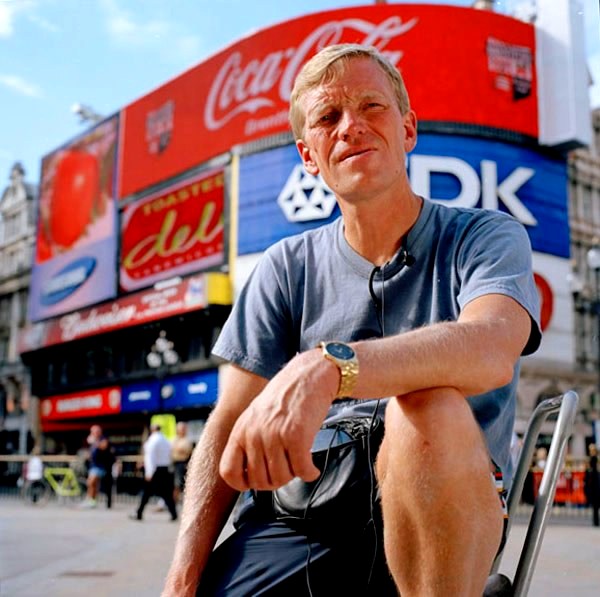 Back in the Year of Jesus' 2000th Birthday, I arrived in London. Young, fresh and taking on the new world. One day on a very rainy Autumn evening I was chilling on a metal bench by WHSmith in the middle of Victoria station. I could hear the thunder and the torrential rain on the stations thin roof. Eating a takeaway and watching the commuters doing their daily grind on their way home, I was in no rush to go anywhere myself. An enthusiastically springy stepped man made a line for me out of the crowd. I saw a megaphone rocking by his hip and then he stopped by me, offloading his backpack on the space next tightening his shoelaces. He then confidently asked me, "if I knew of God"!?

Being a proclaimed atheist at the time I thought I knew it all. I said something silly along the lines of, "there's no such thing as God or even Jesus"! We had a frank discussion. I won't say what was said. But Phil didn't provide me with a revelation or proof I repeatedly requested. We came to a loggerhead in the debate and Phil had to catch his train. Wishing me all the best pal, before joining the flow of people and out of my sight. I remained an atheist for a good while thereafter. After meeting so many wonderful Christians as well as people of all faiths, good and bad. I can safely say that my path to redemption started with this out of the blue encounter. Jesus inspired us to proclaim his example and live our lives as disciples. I would like to say that this is how Philip Howard encountered me that evening.

After becoming a committed Christian. I used to see Phil in passing him by. He would be giving a lively sermon before the state had its way in shutting him up. However, I never interrupted or even said hello. I doubt he would have remembered me. I admire him for taking the time in bringing these people the most important message they could ever hear. Shoppers, people seeking happiness and gratification in empty lifeless possessions. A lot of people were rude (like myself that day in Victoria station) denouncing him as a nut. But if we all listened and took on board what he was saying the world would most definitely be a wonderful place.

Including the videos above you can read a very interesting interview with the man himself here. There's also a little more at his Wikipedia entry here.