Location: Choachí, Cundinamarca, Colombia
Above is a picture I took by a rural river in the central Colombian department of Cundinamarca. This plant, one that can be found all throughout populated and rural areas including Colombia's capital, is becoming known for a particular vice. It is being used as a drug to rob, rape and kill people. It has become a legendary story of an infamous drug in itself. I myself have had no experiences of the drug nor have I known anyone personally affected by it. However, Colombian's are great at making thin stories sound real to them. Then again I may have simply fallen victim to its use and just not known about it. I have confidently never been on a 'millionaire's tour of Bogotá', unwittingly clearing my account of cash from various ATMs around the city. Perhaps its use, criminally, is relatively low to even affect the regular visiting gringo. 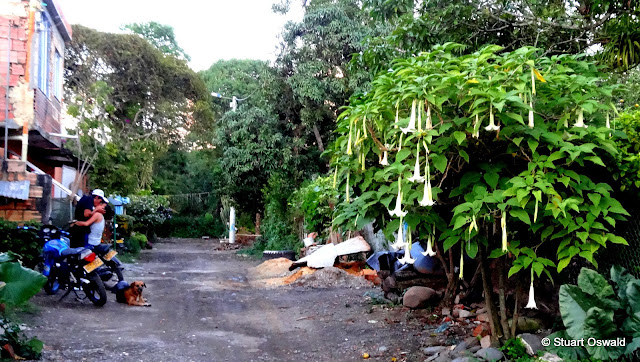 Another interesting fact surrounding this drug and one that comes close to me is that it's first recorded criminal use was by a Hawley Harvey Crippen. Accused and found guilty of using it to murder his wife Belle Elmore (born Kunigunde Mackamotski to a German mother and a Polish-Russian father). He was tried and executed at Pentonville Prison, the same area of London that I am heavily connected with. You can read more into it by a London local blog post here, although the wiki article on Hawley Harvey Crippen gives a better look at the link between the murder and scopolamine. 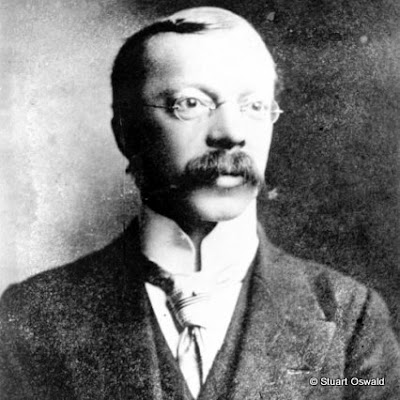 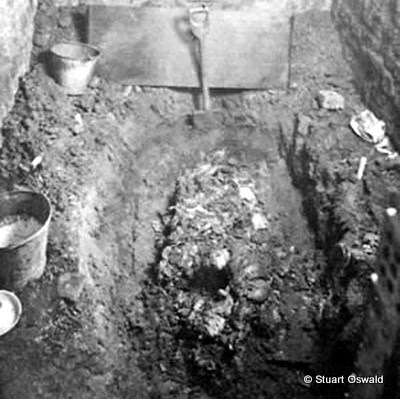 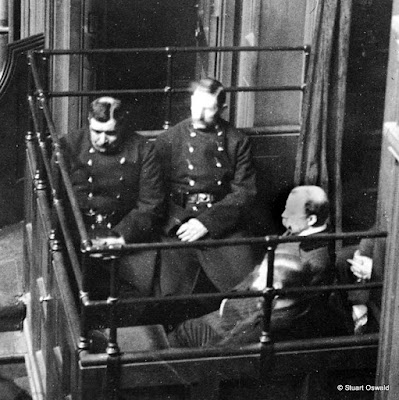 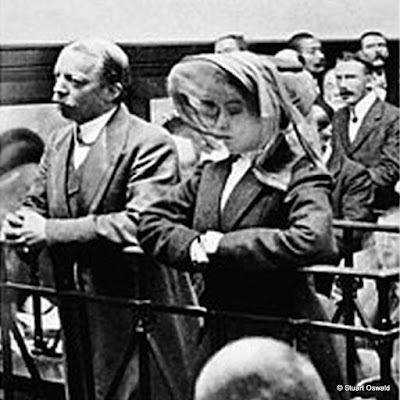 During my frequent stays in and out of Bogotá, I have travelled extensively from and to the capital by road. Although the plant is very common, on no route around the capital have I passed so many fine Solanaceae plants (or otherwise known as nightshades), as on the route below. The most common verity I found being the Brugmansia (Angel's Trumpets). You'll find the bulk of plants at about the halfway mark as you cross a large valley on your descent down to Choachi. Choachi does make a great day trip from the capital. There are some hot springs and a traditional bullring there.

My playlist of short videos.

During one of my stays last Year I thought I'd throw a few videos together to bring the plant to a few people. I'd get many questions from people asking me about the plant as a result of the Vice documentary embed at the foot of this post. Please be aware that this was in no way a professional documentary by me. I am just using a standard compact camera with no script or anything. I am speaking off-the-cuff.

An excellent documentary by Ryan Duffy for Vice, even though it is a tad sensational. I am glad that they've put themselves out in Colombia. Although for the interests of the documentary and all the legendary talk throughout it, I would have loved it had they not chickened-out at the end and just taken a little of the drug. Then again you'd not get me taking it either.