The Leaked ARTE Film that The Establishment Media Tried to Censor

Location: Germany
The recent film by name of Chosen and Excluded – The Hate on Jews in Europe or natively named Auserwählt und Ausgegrenzt – Der Hass auf Juden in Europa by Joachim Schroeder.

It brings to bear antisemitism in the West. The film was commissioned by a channel called ARTE but later refused to air the resulting documentary film as it proves uncomfortable viewing to those with an alter-motive established by the government and mainstream media across Europe but particularly in current Germany. 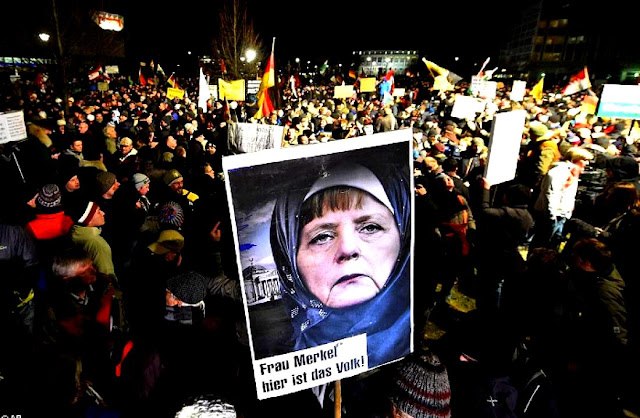 In the light of continued censorship of this film and with it being removed from a multitude of video hosting sites, I have sourced an unedited version of the raw film and am making it available totally unrestricted for all to view and download. It would be advisable to download this file before it is removed from this latest source. You can save a copy through this link. There is an official version that is not geo-restricted on the official state broadcasters page. This came about after significant pressure and carries a heavy statement on this video. (page and video deleted/not present on broadcasters site)

Help to bring this documentary to English speakers.

I have created a profile for this video where we all can work together in creating subtitles from German to English. Please, can all German/English speakers go to this link and at the very least translate a segment of the documentary to English. If you know of anyone that speaks English and German please click this link to send them an email to this post.

Once a subtitle file is complete it will be combined with the video and made available here. For now, you can watch the video with any segments already translated at this subtitle collaboration page here (free registration is required).


I have made available a quick auto-translated subtitle file here but the quality is quite low and in some cases not a practically functional.

Here is another piece documenting the situation Europe now finds itself in.

The sad state of the effects of migration and the refugee crisis caused. The below embed map projects that are fully referenced and catalogued by @Einzelfallinfos. It only accounts for reported incidents (not the vast swathes that go unreported) and only those attributed to Germany and Austria since 2017.
In 2020 the project was suspended on Twitter only to be reinstated two weeks later (although it is likely to be disappeared in the long term). I made a YouTube video about the situation.