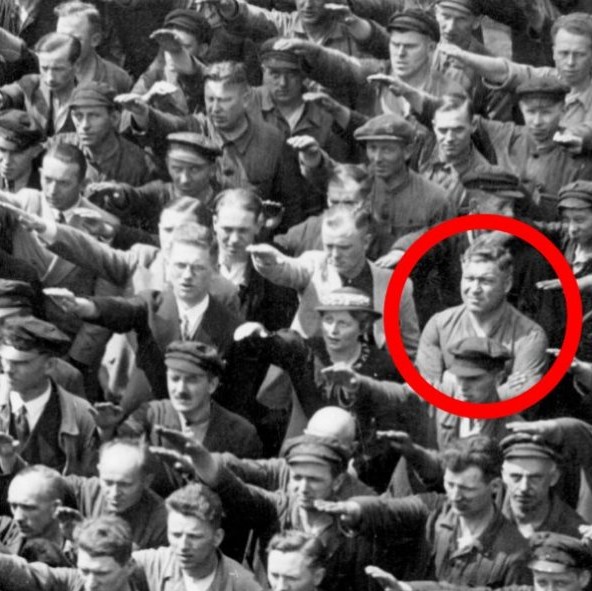 Today I was threatened with removal by my podcast host Podiant because the owner took issue with a Facebook comment emphasising inclusion and diversity. You can view the post and thread in question below.

It is a good time now to invest in self-hosting my podcast all the links are available on my podcast page.

If you're wondering about the relevance of this topic to the famous image above for this episode I encourage you to take a look at this podcast community in which I raised this issue.

More Information on the podcast can be found via this link.
This post is... Categories: Free Speech Inverted Inverted Podcast Podcast
Stuart Oswald
Coming from Britain and Germany with considerable life experiences. I have set myself a new goal, to once again stake my claim in yet another part of the world, this time Latin America! I am an independent journalist, traveller, systems engineer engaged in a new counterculture that is open to new ideas and possibilities. You may have come to this page through our interactions together or you might simply have been brought here by a search engine. For good or bad, I am happy that you are here. This website is a channel that brings together my busy networked world. It features content from my electronic world with channels from social media to my content creation platforms.

Popular posts from this blog

I often think about my first accounts of Colombia (normally during the regular transatlantic flights). My memories pan back to my first of many trips to this vast and wonderful land. The people I met and the places I visited. All wonderful in their own right. At that point, I have to snap out of it. I have to be truthful and really quite honest with myself. Each time my mind jumps from Michael Palin to Timothy Ross in Colombia in this one episode that brings it to me vividly. This one BBC episode of Michael Palin's Full Circle (DVD/VHS/Book/Kindle). It depicted the most memorable scenes from the whole series, and for me at least came to be the most influential imagery on travel and perhaps even the world. These truly are my first encounters of Colombia. This is where it all began.

In Colombia, Christmas has to be different to the rest. But different doesn't mean odd, its fun!. For a start, it's the "Niño Dios" (Infant Jesus) who brings the gifts to Colombian children on Christmas Eve at midnight. People do not just go to the Midnight Mass, but start advent on December the 7th with the Night of Candles. Soon thereafter we start praying our own Novena de Aguinaldos (Advent prayers).

You´re in Colombia living or visiting for an extended period of time of over three Months. You've a brand new phone, you've popped in a local network's SIM and it's all happy days until you get a network message stating your device is not registered! If you don't find your device in this list then this post is for you, read on!...


So your fight with the governing telecommunications body, the CRC, begins. You are about to join the many other expats and Colombians that have a device that uses radio frequencies (i.e. mobile/cell phones). You are most likely to be in this ordeal if you've brought a newly released phone into the country yourself of imported through Amazon or other sellers (namely on Mercadolibre.). There's an article of the implementation of the rule here (English translation here). If the device has been officially released in Colombia it is most probable that the company has themselves registered your device with the CRC already. If not you…
Read more

Popular posts from this blog